Marty A. Brounstein
THE RIGHTEOUS FEW

On August 26, 2019, Marty Brounstein received notice from Jennifer Mistrot, Producer at KPIX, the CBS affiliate in the San Francisco Bay Area that he has been officially recognized with the Jefferson Award because of his work with his special story Two Among the Righteous Few. The Jefferson Awards Foundation, also known as Multiplying Good, is a nonprofit organization that recognizes people who perform acts of public service and good in America on both a regional and national level. It was founded in 1972 by Jacqueline Onassis, Senator Robert Taft Jr., and Sam Beard.

KPIX is the media partner for the Jefferson Awards Foundation in the Bay Area. Later in the year, the news station will air a feature story on Marty’s work with his special story -- a story of two rescuers and heroes in the Holocaust. a husband and wife named Frans and Mien Wijnakker. Marty’s journey with this inspirational story has now begun its 9th year with 710 events delivered in a variety of venues in the Bay Area and around the country.
​
This award came about because of a beautiful nomination written and submitted by Jodie Russi, a great supporter for Marty on his journey of sharing Two Among the Righteous Few. In fact, very early in this journey the first school where Marty went to facilitate book discussion inside a classroom was St. Mary’s Catholic School in Walnut Creek, CA. Who was the teacher that invited Marty into her 8th grade class? None other than Jodie Russi. Thanks to her, even though she is no longer a full-time teacher at St. Mary, Marty has been back a number of times since to facilitate discussion with new classes each school year. Jodie, and other supporters like her, have been so crucial for propelling Marty forward on his journey in sharing this true story of courage, compassion, and rescue.
​
A big thank you to the Jefferson Awards Foundation for this very special honor. Take a look at the following description about the Jefferson Award.
​
The Award that Underscores Impact
Over the past four decades, the list of Jefferson Award recipients is unparalleled. They include hundreds of national figures — both public and private —more than 63,000 unsung heroes, and tens of thousands of employees and young people in communities across the country.  These individuals represent the good that is happening all around us, in every community across the nation. It is our mission to elevate them and exponentially increase their acts of service. See the highlights in the video below.
Good is Happening Every Day
"The Jefferson Awards has inspired and encouraged countless people to lift the lives of their communities, to reach beyond what is, for the beauty and the power of what could be."  - Sheila Johnson, National Jefferson Award Winner

Bagels and Blessings with Ethel Chadwick

Listen to "Following Up With Marty Brounstein, Author of Two Among the Righteous Few'mp3" on Spreaker. 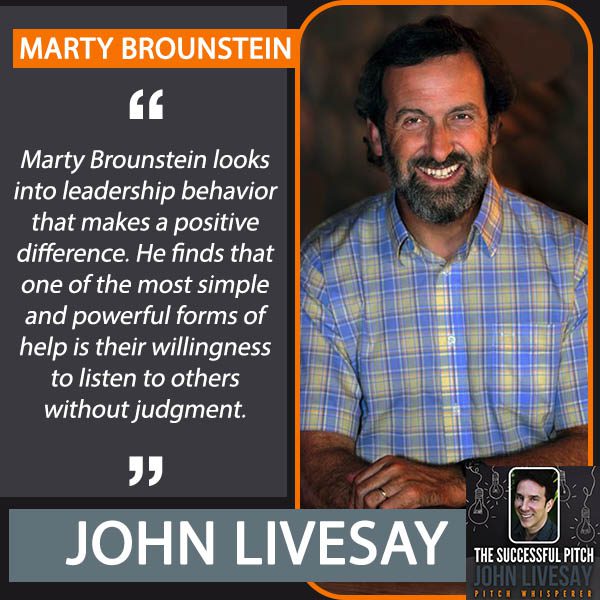 Would you be willing to help others whose lives are in great danger?  Would you be willing to put your own life in danger to help others?  Frans and Mein Wijnakker did. They were a young Catholic couple who opened their home to Jewish refugees during Nazi Germany's brutal occupation of Holland.  Marty Brounstein, author of "Two Among the Righteous Few: A Story of Courage in the Holocaust", recently shared this story at the PVCC President's Leadership Luncheon.  Despite the risk of facing a firing squad or deportation to a concentration camp, the Wijnakker's saved more than two dozen Jews.  Brounstein has close ties to one of those survivors (hint: picture above) which has motivated him to tell the Wijnakker's story around the country.  In the end, his story teaches us that we all have a role play and should ask ourselves how we can create a positive social change in our communities.

One recent poll found only half of Americans can provide details about the Holocaust during World War II.
Many who do say they have heard of the holocaust say they think it’s a hoax.
Ignorance runs especially deep amongst schoolchildren — especially given the struggle to keep history courses from getting crowded out by the emphasis on reading, math and basic academic skills.
But at least 250 Rim Country students now have a searing, inspiring account of the Holocaust — which included the systematic murder of an estimated 6 million Jews during World War II.

Writing a book was the furthest thing from Marty Brounstein’s mind when he visited the Netherlands with his wife, Leah Baars, in May 2009.
It had been 25 years since Leah had been back to her homeland after her family had immigrated to Northern California. Marty had never been, so they embarked on a six-week journey.
While in the Netherlands, Leah wanted to look up some old family friends with whom she had lost touch: the family of Frans and Mien Wijnakker. Through an information officer, they found the address and also learned that the Wijnakker’s son now lived in the family home.
They were a short distance away, so they drove. There is the front yard sat Frans Jr. Leah introduced herself: “Hello, I’m Ineke [her childhood nickname] Baars,” she said in Dutch. Immediately, the man jumped up and gave her a big hug. “They were both so excited to see each other,” says Marty.
During that initial visit, Marty says two things happened...

At Yad Vashem — The World Holocaust Remembrance Center in Jerusalem, there’s a special section dedicated to “The Righteous Among the Nations,” non-Jews who risked their lives to save Jews during the Holocaust. Among those honored are Franciscus and Hermina Wijnakker (known as Frans and Mien), a Christian couple in the Netherlands who saved the lives of more than two-dozen Jews.
Author Marty A. Brounstein has written a book, “Two Among the Righteous Few: A Story of Courage in the Holocaust,” about the Wijnakkers’ selfless acts, and will hold several lectures around the Valley (see details below). Brounstein has a meaningful personal connection to the story and its heroes, which he reveals in his talk.

​To give the reader historical context, Brounstein details events leading up to Germany’s invasion of the Netherlands and what life was like during the occupation and control of the Nazis.

In 1943, with World War II well underway, Frans Wijnakker made his living traveling throughout Holland selling black market meat and eggs. While in Amsterdam, Frans called on a doctor he’d met during a prior visit, who asked if he would be willing to take a 14-year-old Jewish girl named Freetje (real name Shulamit Laub) into his home for a few weeks. Frans, who wasn’t fully aware of the Jews’ persecution in the Netherlands and other countries, said yes.

Hiding Freetje turned out to be just the beginning. Throughout the remainder of the war, the Wijnakkers saved many Jews from the Nazis, aided by a network of people willing to help.

The interview begins at time 16:55 in the audio.
America Meditating is a Radio Show, out of Washington D.C.

A weekly segments show with Randy Miller and Jerry Newberry that started airing on July 4, 2015.

“Author on a Mission”
​Article by Robin Fahr published in ALIVE Magazine; July 4, 2015

The courage and compassion to do the right thing – it’s the prevailing theme that resonates with audiences when they hear San Mateo, California author, Marty Brounstein, talk about his book, Two Among the Righteous Few: A Story of Courage in the Holocaust.

He tells the story of a Christian couple, Frans and Mien Wijnakker, who saved the lives of over two dozen Jews in the Netherlands during World War II and the Holocaust. This true story has all the elements of intrigue, complete with hiding rooms and Nazi soldiers showing up on doorsteps only to retreat when they find nothing of interest.

Turns out, this remarkable story has a meaningful personal connection to Brounstein, one he’s been revealing to standing-room-only audiences since 2011. This unexpected journey has taken Brounstein to ten different cities across the country, where he’s completed nearly 400 speaking events in churches, synagogues, community centers, social service organizations, private homes, Rotary Clubs, bookstores, schools, universities, libraries, book clubs, a Holocaust museum, a history museum, professional conferences, and workplaces. Now his story has caught the attention of a Hollywood production company, where efforts are underway to turn it into a feature film.

ALIVE Magazine: What compelled you...